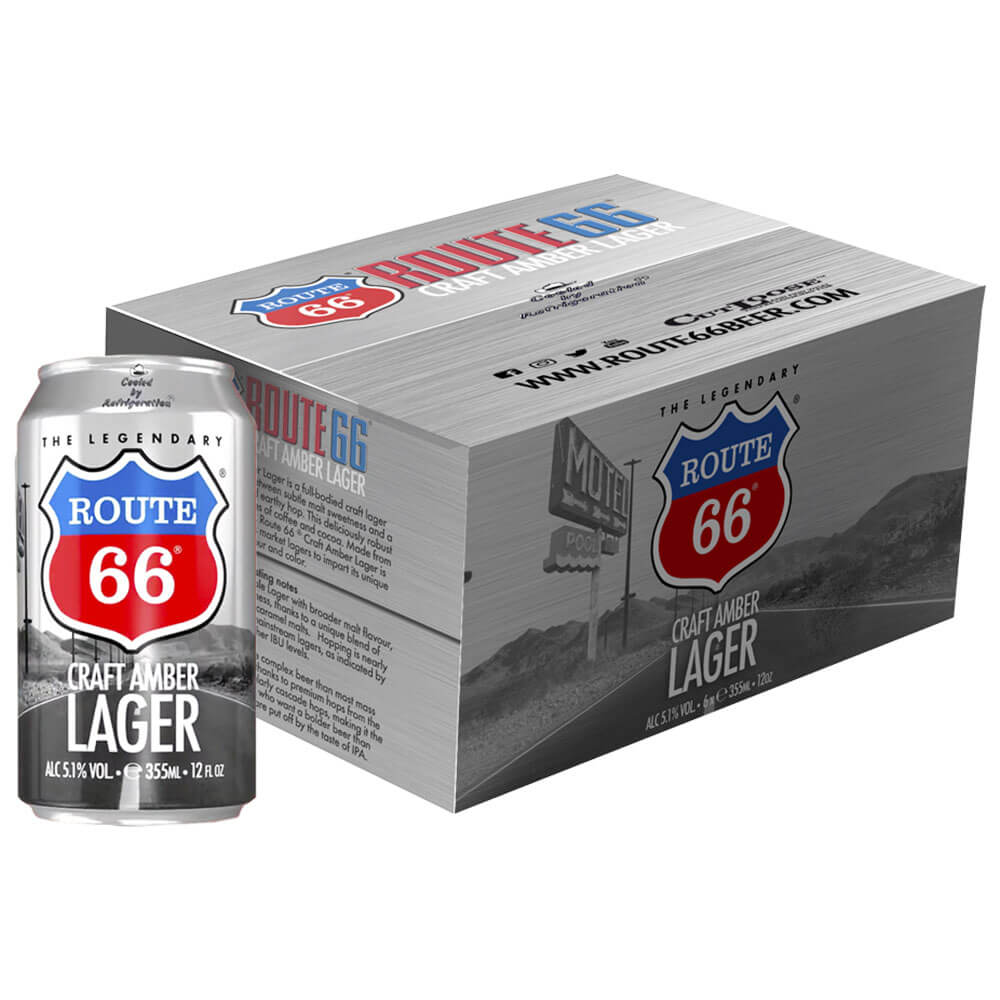 Route 66® Craft Amber Lager is a full bodied craft lager. Brewed longer than American lagers to impart its unique flavor and color.
It delivers a bolder more complex flavor thanks to its premium hops, particularly Cascade. This makes it the beer of choice for those who want a bolder beer than mainstream lagers.

This beer is a highly drinkable Lager with broader malt flavour, including a subtle sweetness, thanks to a unique blend of American malts, including caramel malts. Hopping is nearly double that of American mainstream lagers, as indicated by the higher IBU levels.

It delivers a bolder, more complex beer than most mass brewed American beers, thanks to premium hops from the Pacific North West, particularly cascade hops, making it the beer of choice for those who want a bolder beer than mainstream lagers but are put off by the taste of IPA.
At last, a lager that tastes as lagers used to before the big companies got their hands on them.

Brought to you by WisdmLabs: Expert WordPress Plugin Developer