Men of Action: McDowell Takes The Rough With The Smooth 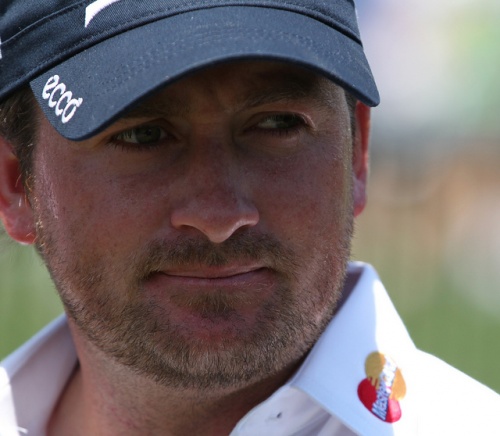 Wild Geese have always been on new frontiers, taking courageous first steps, so it came as no surprise this week that golfer Graeme McDowell has been chosen for the European team at a new tournament next year.

March 2014 will see the first EurAsia tournament in Malaysia, which aims to bring Europe and Asia closer together. This joint venture could see the start of a new major tournament for golf and McDowell will be on the front lines, having been selected by European team captain Miguel Angel Jimenez, and will help to see this initiative grow.

‘I am really looking forward to playing the EurAsia,’ McDowell explained.

Being at the first tournament will be exciting, but will also bring a set of fresh challenges.

‘Everyone knows that standards in Asian golf are continually rising, and I have no doubt it will be a tough job to go away from home and win’

Like The Wild Geese® of 1691, McDowell will be battling alongside players from France and Spain, proving that there is still a demand for the skill that Wild Geese bring to their profession. He will join Victor Dubuisson (France), Gonzalo Fernades-Castano (Spain) and Jamie Donaldson (Wales) in the 10-man team. The other players will be selected from the top positions of the Official World Golf Ranking in February next year, and one place will go to the team captain’s choice.

This announcement tops off a great year for McDowell, one which has seen him really flourish as a player and establish himself as one of the world’s best. We’re sure his winning attitude, reminiscent of that shown by The Wild Geese® in 1691, will see him prosper even more in 2014.

‘You take the rough with the smooth,’ he outlines. ‘There’s been some nice smooth this year and a bit of rough. You take it, you learn from it and you move on’